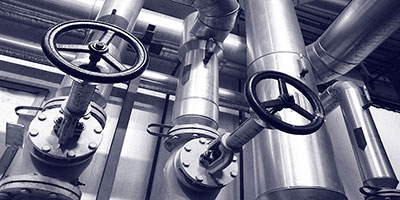 Light olefins production is a multi-billion dollar commodity industry, and the olefin/paraffin separation process is the most energy-intensive operation in the production of ethylene, propylene and other high volume olefin petrochemicals.

These are just some of the benefits of using a Permylene membrane system for olefin/paraffin separation: 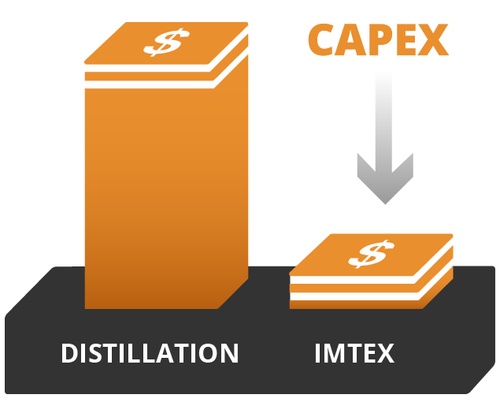 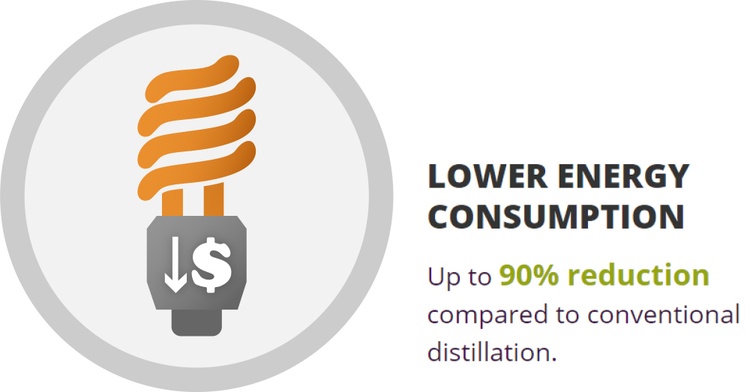 In many cases, achieving a high purity olefins stream with distillation requires high reflux ratios and high heating and cooling duties. This leads to high energy consumption, especially when the energy isn’t available via heat exchange from other process streams.

Permylene's facilitated transport mechanism is not based on relative volatility and therefore does not directly consume energy for heating and cooling. Some energy may be used to provide temperatures and pressures that are within a suitable range for the membrane system but the net energy consumption is normally much lower than for distillation.

Depending on the application, energy savings for Permylene membrane technology can be up to 90% when compared with distillation systems and can add up to millions of dollars per year in operating cost savings.

Permylene's net lower energy consumption will result in a proportional reduction of GHG, VOC and other CAC emissions due to combustion for power generation, significantly reducing the environmental footprint of the plant.

Purge or waste streams from polymerization reactors or other petrochemical operations where inert compounds or contaminants can build up over time often contain significant concentrations of valuable olefins. Permylene can be used to recover olefins from these streams to a useful purity level for recycle processing, often where distillation is not feasible. This reduction in flared material directly reduces the GHG, VOC and other CAC emissions and their associated environmental impact and likewise reduces emissions related fees and penalties, which are often very costly, thereby reducing operating costs.

Purge or waste streams from polymerization reactors or other petrochemical operations where inert compounds or contaminants can build up over time often contain significant concentrations of valuable olefins. Permylene can be used to recover olefins from these streams to a useful purity level for recycle processing, often where distillation is not feasible. This diverts olefins that would likely normally be flared off to a high value use. The olefin recovery is often in excess of 90%. 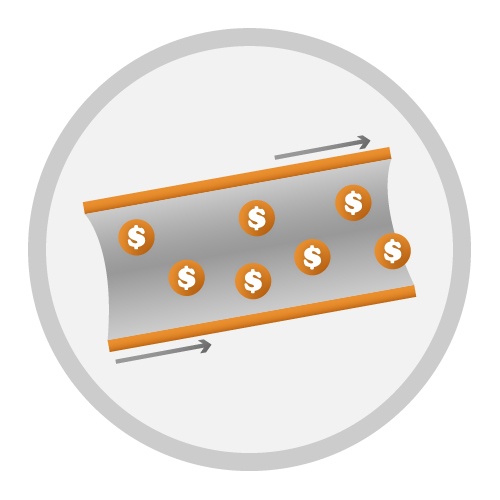 Some olefin consuming processes such as for producing fuel additives or specialty chemicals have limited productivity or conversion efficiency due to the presence of other materials that are inert to the process and take up space or are detrimental to the conversion reactions.

The value of the feed streams to these types of processes can often be enhanced by separating the olefins from paraffins or other non-olefins, allowing the downstream process to be more efficient and effective. Permylene membrane systems achieve olefin purities in excess of 99.5% in most of these applications as it typically does in other petrochemical applications. 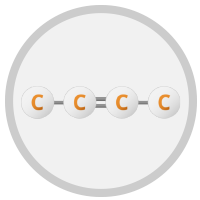 The Permylene membrane transports olefins via a facilitated transport mechanism that employs a specific chemical interaction between the olefin double bond and the materials of the membrane and not by volatility differences.

This transport of olefins takes place equally well when the relative volatility of the mixture is 1 as it does at any other level. Some olefin-paraffin separations that would yield commercially useful materials are not practical or possible for distillation but are not a problem for a Permylene membrane system. An example is obtaining nearly pure 2-butene from a 2-butene/n-butane mixture for use as a metathesis or OCT (olefins conversion technology) feedstock. This separation cannot be done by distillation but Permylene membrane systems can achieve it easily.